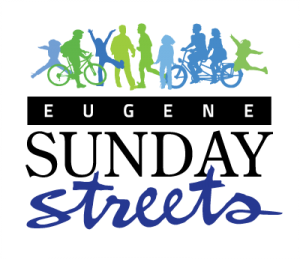 Sunday streets is a time when the City closes neighborhood streets so people can visit new neighborhoods and be on the street with outany vehicles. It was near my neighborhood and I saw a lot of my

ends walking. They had one place where you could test ride specialized bikes. Some had handlebars that were low for racing and some were hand powered for people who were disabled. They had stands with food and some kids even had a lemonade stand. It was good.

There were different parks like Amazon, University and the old cemetery where free Prince Puckler’s ice cream. I got some at University Park that was chocolate with chocolate sprinkles. I saw my friends Ben, Robert and Luke (who are twins), Desmond and Alex. At the University Park, they also had a stand where they had a circus with juggling people. A game tent was set up and I played one game where you got three tries with two balls attached by a string. The lower the bar the more points you got. Rob and Luke got 6 points and I got 5 points. It was very fun. They also had bean bag toss game and card games to. 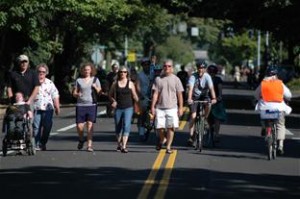