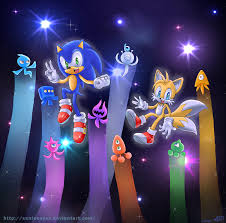 I did this survey because I needed to get something done and it was the first thing that popped into my head. The number next to the  game is the number of people who like that game. I asked a total of 11 people in publishing club and Minecraft took first place with 6 votes.  Super Mario Bros. came in second with 3 votes and Pong tied with Flappy Bird for third place with 1 vote each.

Personally, I like Sonic Colors the best, but I did not vote. You should try Sonic Colors out on your Nintendo DS or your Wii, but I would recommend trying it on the Wii because it has more levels. My favorite level on the DS is the last level.

« Lend a Hand. Help Us Reach Our End of School Goal!
Amazing Cupcakes ! »