You are probably wondering what the heck Doctor Who is. It is a brilliant British T.V. show about a man who calls himself The Doctor from a planet called Gallifrey. He  gets into all kinds of trouble in time and space. The Doctor travels in a time machine that looks like a blue Police Call Box called the T.A.R.D.I.S. which stands for Time And Relative Dimensions In Space. It has an infinite amount of space inside, but the outside is only about as big as a phone booth.

The Doctor does something called regeneration where his body and personality changes, but he keeps all his old memories. You never know who you’ll get. No matter what he looks like The Doctor is always smart, funny, someone who cares for the Earth and who will treat his companions with respect. Beside the TARDIS, The Doctor has another important tool, the sonic screwdriver.

The Doctor uses the sonic screwdriver to break through (and that sounds bad, but he needs to) doors, hack into something, track something down, or break something. It works on a lot of different things, but it does not work on wood. If you already know about Doctor Who, and you really like it, you are considered a Whovian. Of course I’m a Whovian. I love it!!! My favorite Doctor is the Tenth Doctor played by David Tennant. Now I’m curious what’s your favorite doctor is so be sure to visit our blog to leave a comment about your favorite. 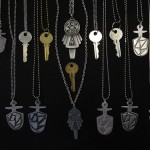 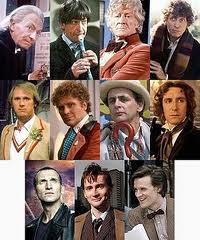 Want to read more about Dr. Who? Read Alex K’s Dr. Who review.