My Interview with Justice Durham

My Interview with Justice Durham 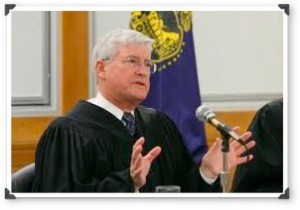 This picture was from: law.uoregon.edu

By Pierce F., 4th Grade
I had the chance to meet with Oregon Supreme Court Justice Robert D. Durham as you might of heard in my article in the last newsletter. Now some people might think this is boring but keep reading. I find it interesting.

First I had to leave school real quick because he works in Salem, Oregon, and that takes one hour to get there. I didn’t have time to get dressed in my nice clothes so I got dressed in the car. My favorite part about going to The Oregon Supreme Court House was seeing the capital.  I don’t know how many of you have seen the Capital but it looks like it is made out of granite and it has a giant bronze statue on top. The court house was originally attached to a building of some kind, I think the state legislature , but they took it off and five years later that building had a fire, so the court house was saved. I also got to have a tour of the Court house, a couple of the coolest things there were either something a prisoner made or a chief justice has done since the state was created. One of them is that this prisoner petitioned  to the chief justice to let him stay, I know crazy but leaving prison and going into the normal world is quite scary. When I went to the court room, we saw the  drawer that the chief justices use during court cases, what is really surprising was that there was a signature from all the chief justices that have been there.

In the library there we wanted to look at all the old books, some of them were brand new and the    others looked like they have been there since Oregon was created. One of the coolest thing that I heard at my interview was that Justice Durham first had a law firm on Pearl St. in the back of a dentist office that was really supposed to be a house. One thing that I think is cool about being a justice is that  you don’t have a political party.

I think that it would be cool to be a justice and I think that I had a really good time going to interview Justice Durham.

Me at the Court House Library 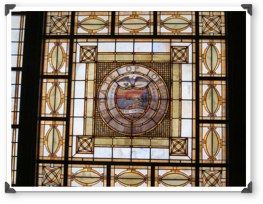 Our Country’s Future: Dr. Pearl and the Bill of Rights