I’m going to tell you about South Korea, and its traditional food, clothing, and instruments, a national flower and flag. 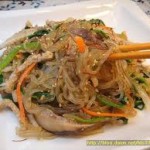 There is Kim-Chi, Thock-Kook, Jap-Chae for the traditional food. Kim- Chi is the food that we eat almost everyday and we could make that food at home. It’s made out of spicy red stuff. And Jap-Chai we just eat that on New Year’s Days.

There are traditional clothing called  Han-Bouck. They wear this clothing on New Year’s Day . Long, long ago, the queens and kings wore  this clothing, and some rich wore this clothing.

And there is Jang-goo, Kom-en-go and those kinds of stuff. These are the Korean traditional instruments. A Jan-goo is like a drum but you hang them on your shoulder and it has two sides and two drum sticks. A Kom-en-go has almost  12 or more strings and you put the instruments on the ground and you are plucking the string even like a violin.  You put your fingers down on the string (almost putting the finger like a violin or viola).

The traditional flower  called Moo-Goong-Ha. Its color can be white or pink. A Moo-Goong-Ha has 5 or 6 sides.  The special thing about the flower is there is a light purple kind of popping out of it. And they are rare at summer or spring at Korea. 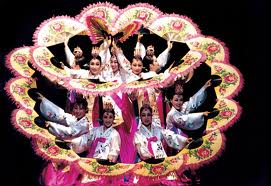 There are special traditional dances. And I know a few of them. One of them is called the Fan Dance. That dance is like dancing with a fan, and I danced that with the children from the Korean Central Church children’s team. The Fan Dance was so beautiful because they have waves and they move together like a flower!  We performed it at the Asian Festival and K-Night (Korean Night). 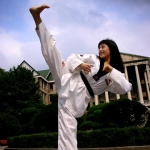 Many Koreans also practice Tae-Kwan-Do. I saw Tae-Kwan-Do at Korean-Night, too. It’s almost like Karate. But it is from Korea. It has white belt to black belt, and it takes a lot of practice. Even when you get to black belt, there is black belt level one to nine, and nine is the hardest.

Sunny started writing for the Light Bulb in April 2012 as a 3rd grader. She is originally from Seoul, South Korea.
View all posts by Sunny →

« June 2012 Print Edition
How I Restored an Old Lantern »