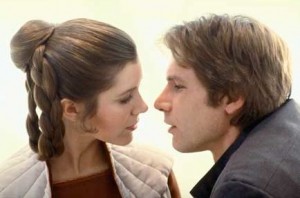 My review on Star Wars would be “watch it again.” It is the best movie series EVER! Drama, romance, light saber fights. It’s awesome. Also, some parts are sunny in some movies. I love the romance in Star Wars. Whenever Han Solo kisses Princess Leia, I literally hug and chew on a pillow. There are six movies in the series. I think that kids from 7 and up could watch the series.

My favorite movie is the sixth one, Return of the Jedi. At the beginning, Jabba the Hut is about to throw Han Solo, Luke and Chewbacca into the Sarlacc! Luke saves the day. At the end of the movie, there are these tiny teddy bears called Ewoks. They’re so CUTE! The man who played Han Solo is named Harrison Ford. Harrison Ford is amazing. He is so coooool! He has been so many movies I can not name them all, but I do know that he was in Indiana Jones and Star Wars. Harrison Ford is the main character in Indiana Jones. In Star Wars, he is kind of the main character. 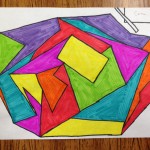